The technological process is represented by the following flowchart: 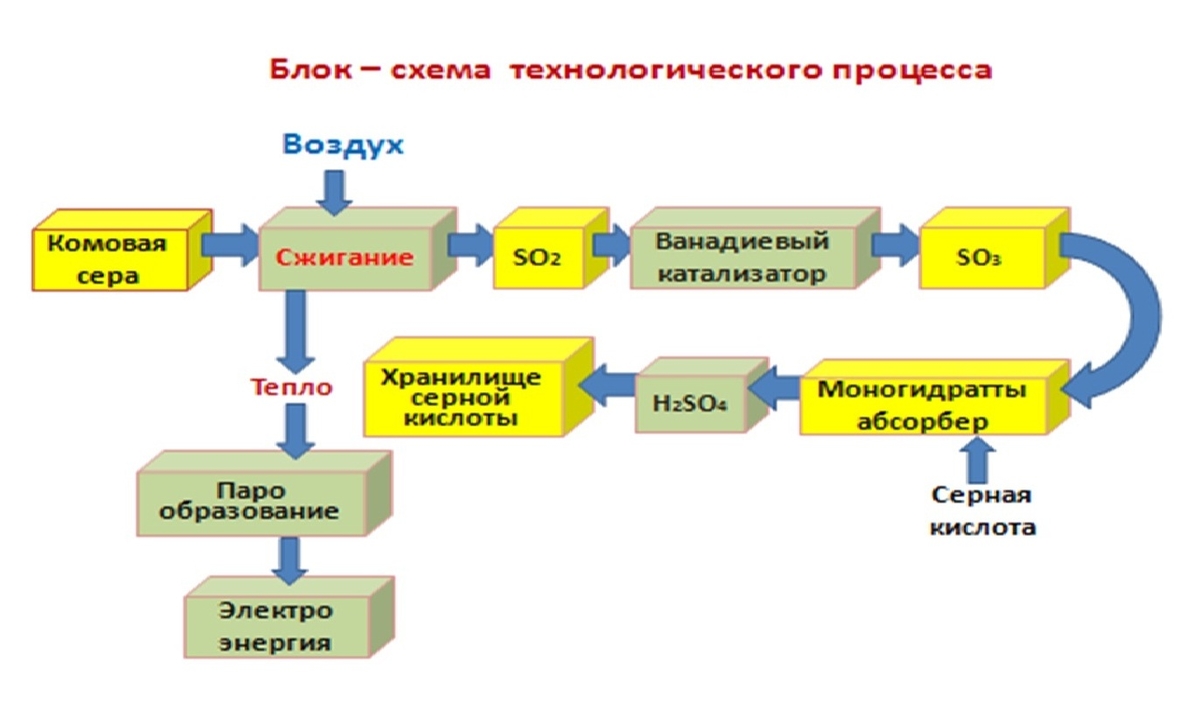 The main directions of development of the chemical industry are observed in the chosen technology of the H2SO4 production:

This chemical technology has a number of functions:

Since the process is continuous, it has a number of advantages:

Due to the fact that SKZ-U LLP is a company directly involved in the production of raw material for uranium mining enterprises of NAC Kazatomprom JSC, the state of the world market of uranium and sulfur has an impact on the company.

The supplier of the main raw material for the production of sulfuric acid – granulated sulfur, is United Chemical Company LLP, which purchases sulfur from Tengizchevroil LLP with a foreign currency peg. Fluctuations in the exchange rates of the national currency to foreign currencies have a significant impact on the operating activities of SKZ-U LLP.